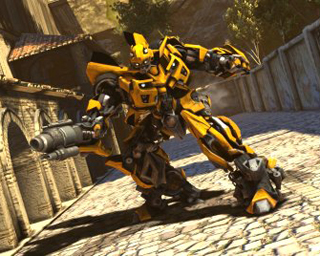 Due to the excitement surrounding last week’s highly anticipated release of Batman: Arkham City, it’s clear that games based on big film franchises (and comic books too of course, but that’s a different article) are increasingly popular despite some gamers finding them a little contrived at times.

A new study conducted by gaming comparison service Playr2 aimed to find out which was the ULTIMATE video game based on a film according to more than 1,100 gamers (they could select more than one answer). Transformers: Dark of the Moon clinched the top spot, even if the film was a bit disappointing. Some older games, like Goldeneye 007, interestingly ranked pretty highly too, making it into Playr2’s top 10 list.

Check out the list for yourself and see where your favourite movie-based game ranks: