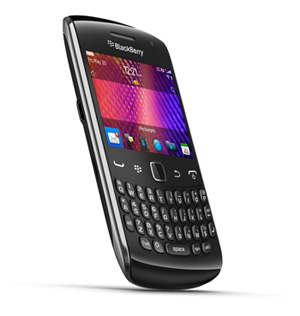 At the GITEX conference in Dubai today, RIM’s Co-CEO Jim Balsillie has unveiled BlackBerry Tag, a new and pretty exciting way for BlackBerry users to share content and add each other as contacts on BBM.

BlackBerry Tag will be introduced in the next BlackBerry 7 OS update and will allow users to share things just by tapping their phones together. Does anyone remember the Bump app for the iPhone? A bit like that.

“BlackBerry Tag is an exciting and innovative feature that makes sharing contact information and multimedia content effortless and seamless […] BlackBerry Tag opens a new dimension to the BlackBerry platform that is powerful, simple and intuitive and we think it will be welcomed by both users and developers.”