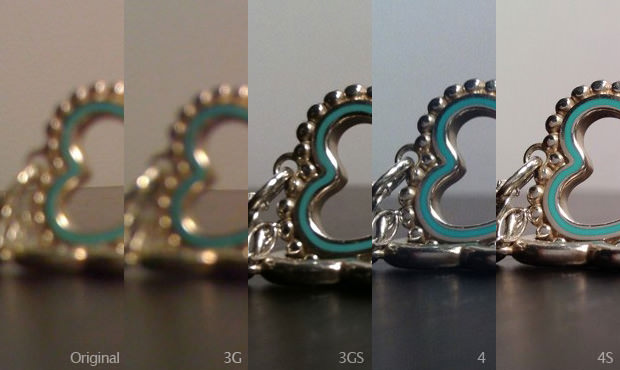 Many of those who have already managed to get their hands on an iPhone 4S have been raving about just how good the camera is. But are the results REALLY that different in comparison to the images produced by the iPhone 4?

Well, instead of just comparing the difference between the 4 and the 4S, Lisa Bettany the co-creator of the popular iPhone application Camera+, has conducted a bit of an experiment with all of the iPhone models over the years to see just how their cameras compare and most importantly how the new iPhone 4S camera measures up in relation to its predecessors. She’s published all of the photos in a post over on Camera+ and then Petapixel has placed them side-by-side so you can properly compare the results.

The final images are really interesting, just LOOK at the difference between the first generation iPhone camera and the camera the iPhone 4S now boasts. Admittedly, the iPhone’s original camera was only added as a nice to have feature to match up to other handsets on the market, but the difference is still pretty immense.

Interestingly, Bettany also compares the iPhone cameras with the results from actual cameras, and although it’s no surprise the DSLR isn’t beaten, the photo captured by the iPhone 4S does look just as good as the point-and-shoot she chooses to match it up against.