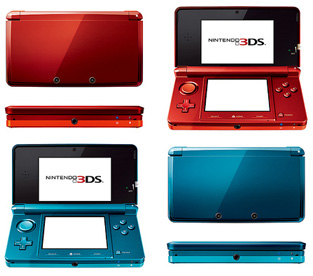 I’ve tried to get my eyes used to them on numerous occasions, but wow do 3D games and movies make me feel travel sick.

Considering everything is becoming 3D nowadays, I accepted the fact that maybe I just have a weird, messed up head/brain/pair of eyes but it seems I’m not the only one that gets sick of 3D from time to time (OK all of the time). Not only was there all kinds of controversy when Nintendo launched its 3DS device earlier in the year and gamers felt a bit too queasy, but a new study has proved that even hardcore gamers are apprehensive about the new consoles that are rumoured to be 3D enabled.

The study recently conducted by games comparison marketplace Playr2.com of more than 1,000 self confessed gamers found that over half wouldn’t be in favour of more consoles adopting 3D technology, which is a pretty big deal considering that the next reincarnation of Microsoft’s Xbox games console, known as Xbox 720, may well be 3D enabled.

Although the possibility of 3D enabled games doesn’t seem to put the same bunch off too much, with 65% of them saying they’re still likely to buy Xbox 720 regardless of any irritating new features it may or may not have.