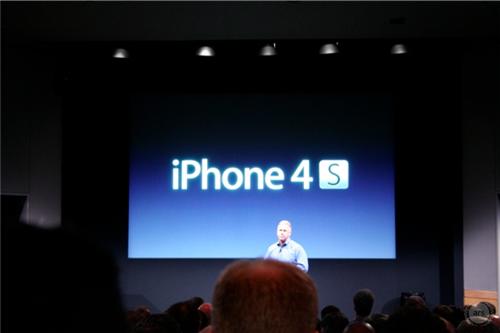 It’s confirmed! Apple will be releasing an updated iPhone 4 in the shape of the iPhone 4S.

Almost identical on the outside to the iPhone 4, inside it’s all business, and all updated tech.

With an Apple-designed A5 chip inside (the same as the one in the iPad 2) it’s up to 2x faster than the original iPhone 4, with dual-core graphics capabilities that allow it be up to 7x faster for in-game graphic processing.

The wireless system has been overhauled to side-step anymore embarissing death-grip situations like those that plagued the iPhone 4, now featuring two antennas to transmit and receive. This should improve call quality, as well as speed up download rates by as much as 2x. In other words, 14.4Mbps download speeds are now capable, making it comparable to 4G speeds. Both GSM and CDMA are onboard, making it ready to take calls around the globe too.

An 8MP camera sensor, capable of 3264×2448 shots is onboard, managing to push out 60% more pixels than the iPhone 4’s camera sensor. The new sensor also allows for 73% more light per pixel, as well as 33% faster capture speeds. A Hybrid IR filter means your shots should have far more colour uniformity and accuracy too. 1080p video recording will also feature.

Will have a detailed look at the iPhone 4S shortly, so stay sharp!