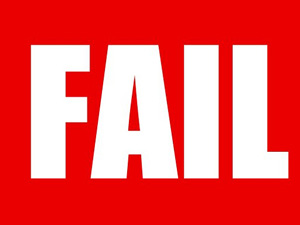 Over the past few years we’ve collected together some of the worst Facebook status update crimes against social networking and humanity.

View Susi Weaser’s original list of crimes featuring the song lyrics, the ask me ask me ask me and the play-by-play. Or Anna’s collection of update fails a few years later, featuring the classic giving lots of specifics, announcing tragic news and boasting about your professional accomplishments.

Although all of these crimes are still very, VERY applicable (just have a scan through your news feed if you don’t believe us), we felt it was about time to add some of the worst from 2011 into the mix too.

Admittedly this one is similar to a few of the “oversharing” crimes on our previous lists, but here we’re talking specifically about the people who share FAR too much information about their pregnancy. Yes scans are cute (in a way) and we love a smiling little baby as much as the next person, but accounts of morning sickness, weird symptoms and cravings alongside a photo library of “the bump” day-by-day for NINE WHOLE MONTHS should be kept solely between the mum, the dad and maybe the odd elderly female relative.

I’m no stranger to exercise, so this next crime isn’t born out of a resentment for those that work out. We’re also not talking about the casual “I’m off to the gym” update (although no one REALLY wants to see that either). The updates we consider crimes are the ones that share the minutest details about a person’s every movement. Are we meant to be impressed? Are we meant to feel inadequate? We just don’t know what to do anymore.

Think of the “Lifted 34764958 weights, did 435974576 sit-ups and ran 577385 miles today. IN YOUR FACE. Also running back from the gym, climbing a mountain AND swimming later too” kinds of statuses that are always followed by Runkeeper and Nike+ updates too as proof.

Why is it that someone you know fairly well in real life who uses normal human words when they speak can turn into a chavilicious stereotype as soon as they update their Facebook status? We’re happy with the odd “thnx” and “k” but when did “Wnt 2 twn 2day wz ACEZ n saw ma maytz. PEACE.” become the norm?

I get that some people could be going through some really serious issues, I really do. But the “ALL MEN SHOULD DIE” and “ALL MEN ARE HEARTLESS STUPID PIGS” updates make me a little bit scared. Remember Kathy Bates in Misery? Exactly.

5. The bright side of life quoter

I hold my hands up and admit I’ve been guilty of this one before. You see a feel good quote and think it’s worth sharing with the world to make people feel jolly. But then “life is worth living” after “seize the day” and “dance crazily” appear on your profile and you realise just how sickly sweet/deluded/annoying you really are.