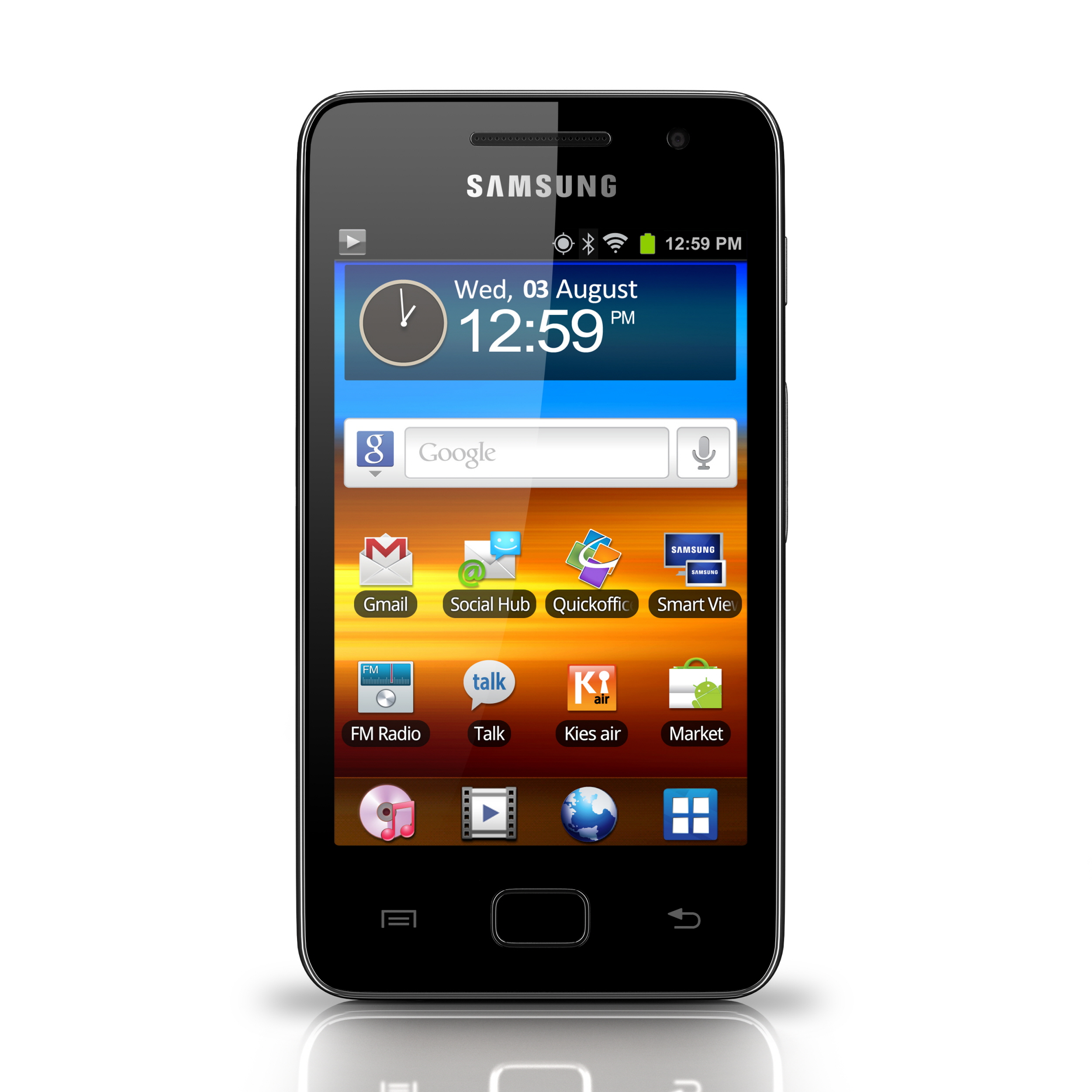 Also new from Samsung is this rather curious new product – the GALAXY WiFi 3.6. It is odd because it looks like a mobile phone (it has a 3.6inch screen), has mobile type features and even lets you make voice and phone calls, but it doesn’t actually have a SIM slot and just uses Wi-Fi for communication. So basically you can’t make calls unless you are in a Wi-Fi zone.

So it is a bit like the iPod touch then? Well kind of in that it packs lots of entertainment features, but this is much more focused on enabling he user to make free voice and video calls.

Here’s how the company describes it.

“The GALAXY S WiFi 3.6 is the perfect solution for socially-connected multimediaenthusiasts who are interested in smart on-the-gomultimedia without the expense of a mobile phone contract.”

So, on to the features; it packs an ultra-fast 1GHz OMAP processor, runs Android 2.3 (Gingerbread) OS, supports a variety of video and audio formats and has a facility called Social Hub which enables the owner to stay in contact through social networking sites.

As for its communication features – users can make voice or video calls over the internet, using platforms such as Google Talk. It also has access to the Android market and to Samsung’s dedicated apps.

Its is set top launch in the UK in early October and will be available from retailers including Dixons, Amazon, Littlewoods, HMV and Argos. Prices are 8GB = £149 RRP YP-GS1CW (white) YP-GS1CB (Black). 16GB = £169 RRP YP-GS1EW (white) YP-GS1EB (Black)