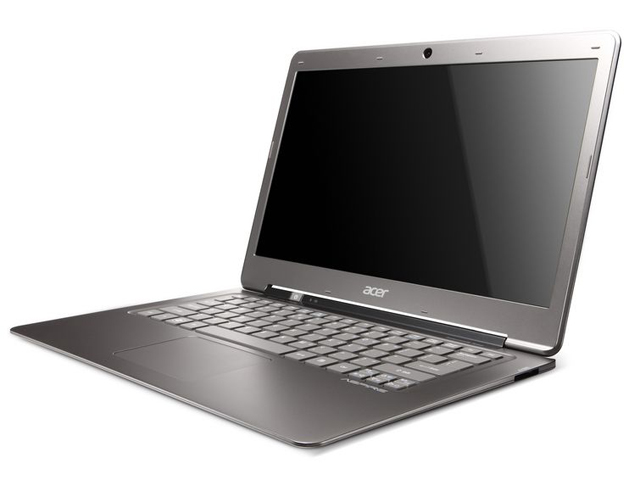 Many large tech brands are creating laptops that are thinner, slimmer and lighter than ever before, from Apple’s MacBook Air to Toshiba’s Portege Z830 series.

Now Acer has announced that it will be launching its own offering onto the super slim, small and lightweight laptop market at IFA this week.

Acer’s new model, the Aspire S3 Ultrabook, is 13mm at its thinnest, 17mm at its thickest and weighs just 1.3kg. Interestingly, to keep the little laptop as teeny tiny as possible, the screen has actually been bonded to the Ultrabook’s aluminium lid.

The Aspire S3 can be woken up and then ready for action in under two seconds, but can also go into a kind of deep hibernation. This means it doesn’t need to be charged for 50 days while its getting some rest.

The Aspire S3 Ultrabook will start shipping in September time with prices ranging from around £700 to £1050.