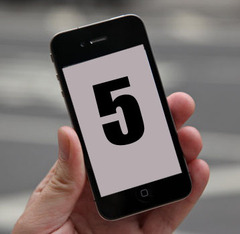 Rumours that Apple’s iPhone 5 could be pushed back a month to October appeared on AllThingsD.

Staff holidays at network partner AT&T have provided clues to techies desperate to know when the next version of the world’s most popular smartphone will be released. It seems that the previous expected date of September was too optimistic, and that we’re now looking at sometime in October.

“Sources with knowledge of the situation say reports claiming AT&T has blacked out employee vacations during the last two weeks of September in preparation for the retail debut of the next iPhone are misinformed. Instead, it’s going to be an October surprise — the month in which Apple will be launching its next generation iPhone.”

Though new iPhone usually come out in June/July, this one has been pushed back a couple of times leading speculators to wonder what’s going on inside Apple, especially with CEO Steve Jobs withdrawing more from the company on health leave.

Financially though, things couldn’t be rosier: Apple has been cleaning up commercially with reports today stating that it has more cash available than the US government ($76bn to the country’s $73.7bn) and is officially the second biggest corporation in the world behind ExxonMobil. Incredible.