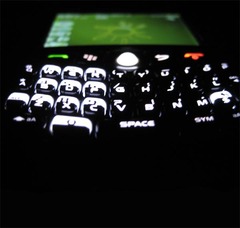 Okay – I’ll say straightaway that Blackberries are great mobile phones and a useful all-round tool for communication. Most people buy Blackberries because they work well.

Since BBs started out as the smartphones for suits – business leaders making deals over their desks, it’s funny to think of them now as the tools of hooded teenagers breaking into FootLocker with BBM used to exchange looting plans instead of stock tips.

How did that happen?

To me there’s a clear link between the ghetto/hip-hop lust for labels like Prada and Gucci and car brands like BMW (ref Nicki Minaj lyrics) and the way these kids want Blackberries.

But they can get Blackberries and so they do.

It’s a culture that idolises material wealth and bling for the reason that it’s excluded from them. Middle-class kids who want that stuff get good grades from their nice schools and go get it. It’s much more of a distant aspiration if you’re at a sink city state school.

Yes, I’m going on rap lyrics I know. And yes, this is generalising, probably condescending. Just interested by how technology plays out in social structures.

There’s also the celebrity connection that makes BBs more attractive to kids: see our story – Why are Blackberries so popular with Hip-Hop Stars?

Then – of course – lets add that Blackberrys come at many different price points so are more affordable than iPhones, they’re also more customisable and as mentioned come with Blackberry Messenger. All attractive to a younger market with less money.