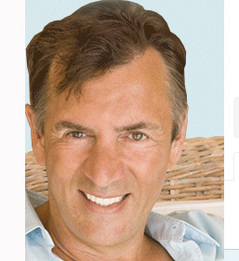 Dragon’s Den star Duncan Bannatyne was forced to back down after asking his Twitter followers to break someone’s arms.

The 62-year-old millionaire removed the tweet after an outcry from his followers complaining that he was encouraging violence.

Bannatyne was moved to the angry tweet after a nasty blackmail message from an account called @YuriVasilyev_ threatened to hurt his 25 year-old daughter Hollie and demanded money in return for her safety.

@DuncanBannatyne originally tweeted: “I offer £25,000 reward for the capture of the coward who calls himself @YuriVasilyev_ Double if his arms are broken first.”

A nasty situation and a lot of drama, but… it raises the bigger issue about whether we should take what we read on Twitter to be true. Was Duncan really suggesting that a mob go out there and crack someone’s arms up? Do public figures with 381,433 followers have to be responsible about what they tweet in the fear that someone might read them wrong and act badly.

Do there need to be restraints on what we’re able to say on Twitter?

The classic case for people being held accountable for their tweets was the Twitter Joke Trial when a 27 year-old accountant setting off for a Christmas break was arrested for tweeting that he would blow up Doncaster’s Robin Hood Airport if his plane was cancelled. Most people would have considered that to be a joking expression of frustration rather than a hard and fast terrorist threat, but the police, and then a judge thought otherwise. In the end the tweeter Paul Chambers was fined £3,600 for “menace”.

By that logic, Bannatyne could be guilty of menace too. And Bannatyne has more followers of course so arguably a greater reach and more influence.

Soo… could we be guilty of menace for tweeting something like “I could kill the woman next to me on the bus eating for crisps so loudly”.

Should we just stop saying things on Twitter that we don’t mean, in case someone, somewhere does take them seriously and goes on a mad arm-breaking, crisp-eater killing rampage.

That would be ridiculous. But it is an issue Twitter is going to have to face up to – just as other media outlets have.

I guess the trouble with Bannatyne’s tweet in particular is that he wanted the first part of the tweet to be taken seriously. The offer of the reward was genuine, but the second part less so, though obviously his fury is understandable.

Normally, there’s more of a clear contextual distinction between what we mean as a joke or an exaggeration and what we actually mean.

One plus side of this story is that Twitter is obviously pretty good at self-regulating as the reaction showed.

In the end, Bannatyne compromised on “OK £30,000 reward for info leading to his arrest” – an offer that still stands.