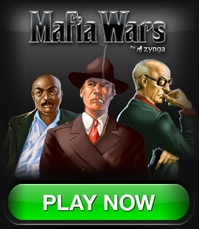 A Michigan woman is suing a man she met on the Facebook game Mafia Wars for breaking her heart – and getting her to book a cross-continental flight.

Cheryl Gray is suing Wylie Iwan of Washington state for $8,368.88 after they conducted a Facebook romance that ended with him posting bitter messages about her on the social network.

Iwan didn’t break up with her until after she’d sent him gifts and booked a flight to Washington. Apparently the flight cost $900, but the rest of the money is for defaming her on the social network.

Though it seems to cut both ways – Iwan said that the spurned Gray started a hate group about him on Facebook and called him an online predator, although he claimed he had always been upfront about finding a new relationship.

“I want this lady to move on and leave me alone,” said Iwan, who had to find an attorney in Michigan to represent him. “It’s a completely frivolous lawsuit.”

It’s likely the judge will turn the case down, but if it makes it to court, I’ve got a hit-list of people I’m suing for causing emotional distress on Facebook.

Though perhaps the real moral from this tale is – don’t spend money on people you meet on Mafia Wars.