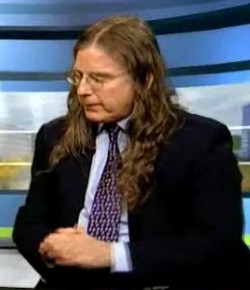 So says Silicon Valley guru Roger McNamee of Elevation Partners, who was one of the first investors in Facebook. The theory is that the twin pillars of social are now so strong that it is almost impossible for anyone to come up with a start up to challenge them. So all those social start ups are a waste of time and won’t be getting any of Roger McName’s cash.

I think this is an over-generalisation (there are clearly opps in the business social arena), but it is something that I have been thinking for several months now. It seems the only way for a social start up to make any money is simply by being bought by Facebook. Take location-based services. FourSquare had a big head start and loads of media coverage, but Facebook Places seems to have taken the wind out of its sails (in the UK at least).

Also Twitter and Facebook are so ingrained in our lives now that they won’t be disappearing in a MySpace/Friends Reunited style.

The gaping flaw with McNamee’s theory is that he has a downer on Google. It is early days for Google+, but it clearly has the potential to develop into a mainstream social platform.

Besides, if you passionately disagree with him, it is worth noting that he doesn’t always get it right. As WallBlog reports

‘Worth noting that McName is also a former Palm investor and once said of the Palm Pre: “You know the beautiful thing: June 29, 2009, is the two-year anniversary of the first shipment of the iPhone. Not one of those people will still be using an iPhone a month later.”