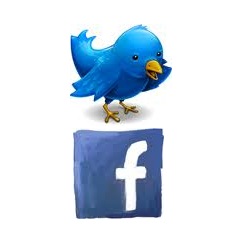 In my daily work of keeping on top of what’s going on in the world of social media it is becoming apparent that the two biggest social networks, Twitter and Facebook, are becoming increasingly alike

While Twitter once tried to distinguish itself as an “information network” it has with its recent product announcements, like an improved Twitter.com and a native photo sharing service, put itself right up there to take on Facebook head-to-head in the battle for the social network crown.

Pivotal to Facebook’s success is its photo sharing facility, not relying on third party applications to let you share snapshots of your life with whoever you choose to have on your friends’ list. Now, wanting to take advantage of people’s apparent love for sharing photos, Twitter has announced a native photo and video sharing to its service. This facility received a massive boost last Tuesday (7 June 2011) when Apple announced that iOS 5 would include deep Twitter integration. Being taken under the wing of one of the most world’s most successful consumer electronics companies means that that the 200 million plus people with Apple gadgets will be able to post videos, links and photos to Twitter with on single tap.

This is might prove to be a significant blow to Facebook which has for a long time been the preferred – or default – ‘connection’ mechanism for social sharing.

It is however interesting to read on Mashable that Facebook is now trialling a ‘live feed’ of what users’ friends are liking, sharing and commenting on in real time. The ‘Happening Now’ sidebar will show up next to the primary news feed, and will duplicate much of that content in shorter form on which you can choose to click on to explore in more detail without leaving the feed. Err so basically what Twitter is all about…

Personally since signing up to the service in 2009, I have used Twitter mostly to share and discover fun things related to work, personal interests and what’s happening in London. Most of the accounts I follow are those that I feel can add value to my day – why I still follow them – most of who I have never met in real life.

Facebook on the other hand is where I socialise with people I have met at one time or another and who I consider acquaintances if not friends. Yet many of the updates (read photos of your child or gaming updates) I have absolutely no interest in, yet I cannot bring myself to cull some of them from my friends’ list. Perhaps it’s because social network rejection is horrible, even if you haven’t spoken to that person in years…

However, with these increasing similarities making Twitter and Facebook appear more like a Tweetbook, will people eventually choose one over the other as their services will no longer offer enough differentiation to justify keeping them both alive?