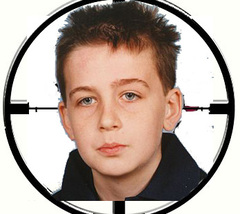 The record industry and the police seemed to be what really got Ryan Cleary angry. The 19 year old hacker from Essex has just been charged with hacking the UK’s Serious Organised Crime Agency and the International Federation of the Phonographic Industry.

The police say he launched a DDoS attack on the International Federation of the Phonographic Industry in November 2010 and an attack on the Serious Organised Crime Agency SOCA on 20th June of this year.

At least he hasn’t been charged with the Sony attacks, which must reduce his chances of being extradited to the States and facing the harsher American justice system.

The music industry has long been a target for hackers after their crackdown on peer-to-peer file sharing. Maybe he got annoyed at not being able to share some of the heavy metal music he apparently loved..