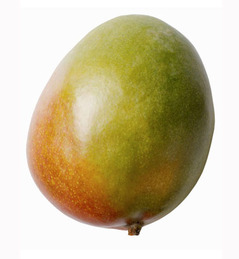 They will only keep repeating the name of the fruit when you press them. “It’s Mango! It’s Window Phone Mango”.

In response to a question about whether this was genuinely a new release, or just a few nice little tweaks one Microsoft rep said: “You tell me – you’ve seen all the features? does that look like a new release?”.

Well – no, you tell us! It’s your mobile operating system! We’re not quite sure what media strategy has inspired this refusal to name anything. But anyway we’re in favour of their move towards calling things after food.

It’s a borrow from Google (all Android updates are named after desserts) – and a nice one. Calling an update after a pleasant food is a good idea. It’s cute, people remember it, customers like it.

We got the impression from another Microsoft rep that Mango might be given a clearer name on it’s full release in the autumn.. something along the lines of Windows Phone 7.5.

But that was quickly retracted.