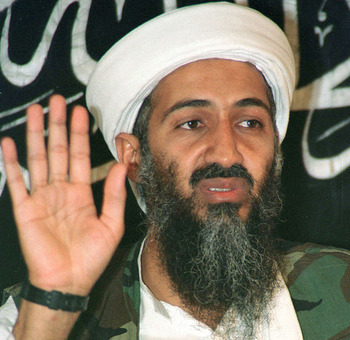 If Osama bin Laden caused all that global chaos without email, just think what he could have done with Google Docs and a few iPhone productivity apps.

It makes me shudder.

I couldn’t organise getting two people over for dinner without G-chat, google maps, text messages and possibly a Facebook reminder – so I was very impressed to hear that in his later years he ran Al-Qaeda with human couriers and verbal messages. It has been widely reported that his very lack of technology (phone connections and internet supply) was what led the Americans to his compound in the first place. Though he did have a computer in his room.

Here’s how we imagine he did it. If you’re trying to cut your reliance on your Blackberry and email – you could take some tips from Osama’s innovative low-tech approach to communication and management.

Sending an email
The Osama way >> get a local runner to memorise a spoken message, release him from the compound and set him out running to a local terrorist cell.

Uploading threatening Youtube messages
The Osama way >> make your own videos by all means, but don’t upload the videos from home – send the couriers out with a SD card and get someone else to upload it. Saves you that tedious uploading time.

Making a phone call
The Osama way >> um, back to the human couriers again. Perhaps your message could be more informal and conversational.

Social networking
The Osama way >> get all the people you like and want to communicate with to live in your fortified compound with you. It’s like real-world Facebook.

Err… that’s all for now.