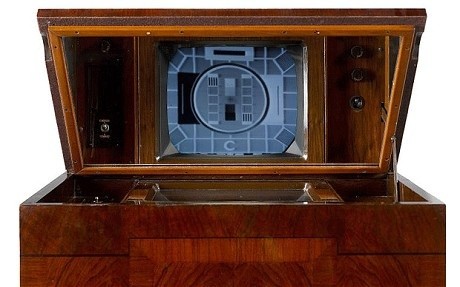 It would look great in Sherlock Holmes’ stuffed home, this TV. 75 years old, what is the oldest working TV in Britain and possibly even the world, could now be yours.

The Marconiphone 702 TV is thought to be the result of secret research into military radars – it now goes to auction on 19th April at Bonhams auction house in London. It has an official estimated sales price of £5,000, but commentators has it going for ‘much more’.

The wooden gadget has an 12-inch screen, and works by having the image reflected on a mirror in the lid. It’s mostly original parts too – 30% of it had to be replaced to get it working though. It will working with a Freeview box, even.