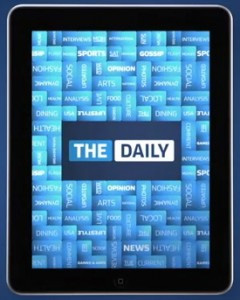 The Nieman Journalism Lab delved into some statistics from the iPad magazine The Daily, launched with a $50 million endowment by Rupert Murdoch a few months ago.

Going by tweets emanating from the iPad magazine, Nieman deduced that tweets from the app had fallen off significantly since the first week and that the most tweeted about story from the iPad app remained the editor’s introduction to the first issue.

NB: though the Daily is an iPad app – it also has a web presence so links can be shared around.

However- in the absence of statistics from News Corp, this is only estimation of what’s going on there and who’s reading it.

Of course thousands of people could be reading the iPad app and choosing not to tweet about it. In many ways – iPad reading is more of a sit-back and consume experience rather than a sit-forward and share one.

Still, the figures aren’t stellar for such big venture and such a talented collection of journalists.