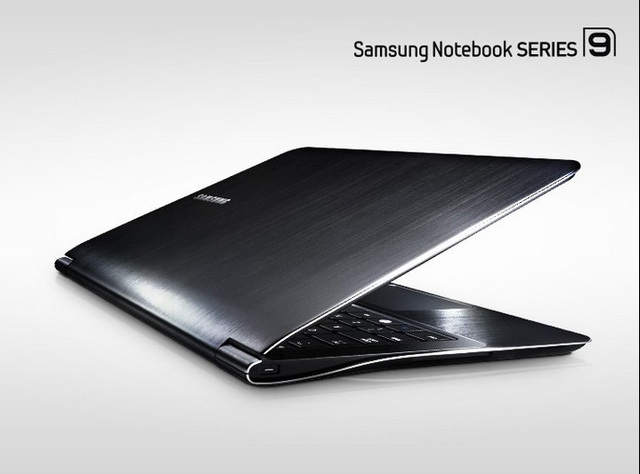 Samsung are really hyping up the sex appeal of their latest laptop – the slender 16.3mm thick Series 9 notebook – by launching it in Mayfair with a bunch of celebrities and getting it photographed with a hottie in front of a plane. A hottie we believe is a cricket player called Alastair Cook. 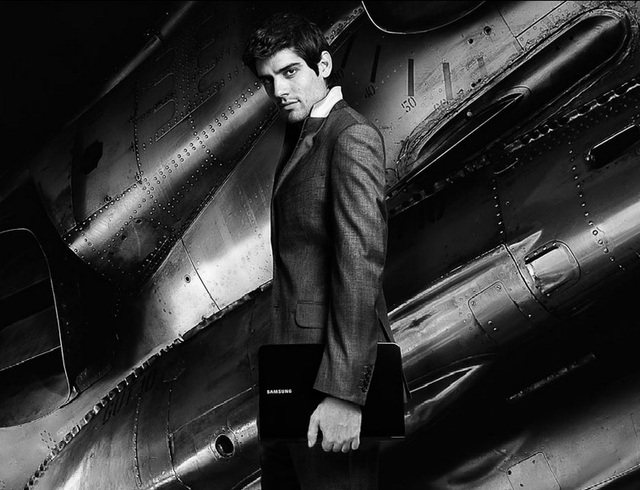 Comparison to the MacBook Air
Squaring it up to the Macbook Air: it packs a better chip – the excellent Intel 2nd Generation Core i5 processor, one of the top two processors out there, and is actually a hair’s breadth thinner: the Macbook is 17mm to the Series 9’s 16.3mm. It has a 13″ screen, and at £1,299 costs slightly less than as the top-specced 13″ MacBook Air which is £1,378.00.

It’s a speedy operator and has a superfast start-up time of 12 seconds from off-mode. The battery life is 6.5 hours, which they claim is up to three times longer than a typical notebook battery, and yes longer than the Air’s 5hours.

Will it take off?
Unfortunately the Series 9 does remind us a little of the Dell Adamo, another MacBook Air rival also launched with a glam ad campaign, that ended up being pulled ignominiously from the Dell range after poor sales. See our story: Dell kills off the Adamo – their super slender laptop can’t beat the MacBook Air. We are impressed by the specs, but it’s hard to beat the name recognition that the Air has, and the fact that customers know the Macbook will be built beautifully smoothly. Samsung has less of a strong reputation at the luxe end of the spectrum…

One thought on “Sexy photos but how does Samsung Series 9 notebook compare to the MacBook Air?”