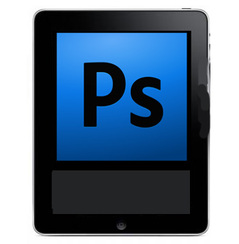 Adobe the makers of creative software from Photoshop to Soundbooth have announced some major changes today with the launch of Adobe Creative Suite 5.5. The new suite of creative tools will make it easier to design for tablets and will let you use tablets to do the creative work that you’d have previously need to do on your laptop. You’ll be able to retouch pictures on the bus and edit HTML5 animations lying on the bed with a Motorola Xoom.

Here are the five big changes they have announced.

1) More products, more frequently. Adobe are updating their Creative Suite more regularly – now mid-cycle as well as once a year, so each release will have a new 0.5 release as well as a full new one. In a faster-paced environment with a lot of new devices hitting shelves, they want to stay on top of changes.

2) New emphasis on HTML5 the web building language is a rival to Adobe’s own brand Flash, but HTML5 is the system which looks set to be the new default for design on the web. Apple still refuse to accept Flash on their iOS devices (iPhones and iPads) so it makes sense for Adobe to invest in the HTML5 format and in making the two systems compatible. That’s what they’ve done with CS5.5.
Adobe say: “packed with innovations in HTML5 and Adobe Flash authoring tools, empowering customers to create, deliver and monetize rich content and applications for virtually any screen”

3) Third party apps for Photoshop
There isn’t yet an Android or a Blackberry app for Photoshop, but Adobe have just opened up the SDK so that developers can create ones for the platforms Adobe hasn’t. They can also make apps that forefront different parts or different functions of Photoshop.

5) Indesign 5.5 caters for the design of iPad magazines… by allowing you to add video, audio, zoom and the 360 rotation of objects… There are links to Adobe Publisher to ensure that the content will work on an array of different tablets – from the iPad to the Motorola Xoom.

prices and more on the adobe upgrade on Adobe UK