Google has announced an update to Blogger that should bring it up to scratch with top performing competitors WordPress and Tumblr.

They are smartening up the back-end of the site – making it easier to see what you’re doing, and giving users a more intuitive preview of their work.

There are tweaks to search, improved tags and inbuilt Google Analytics.
Google also forefront the stats that show they are still bigger than Wordrpress or Tumblr/Posterous in terms of users. 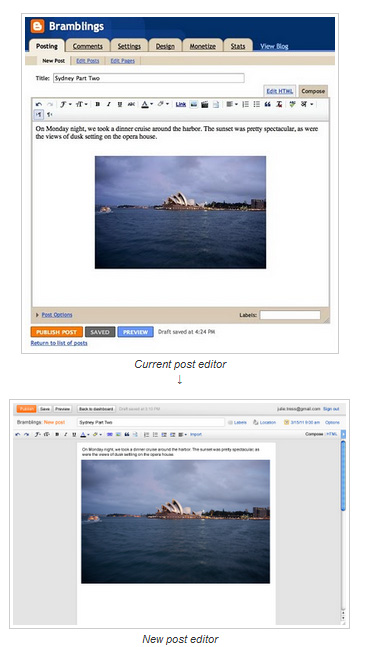 One thought on “New Blogger will make posting more intuitive”