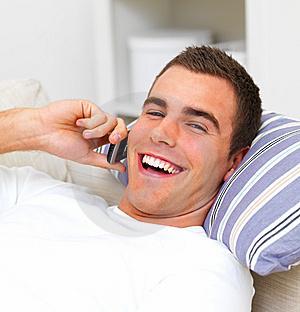 An Ofcom ruling on the costs of mobile phone calls means that the price of phoning a friend on a different network should be sliced by 80% in the next four years.

In force from the 1st April, the new law will cap what the big network operators – 3UK, O2, Everything Everywhere and Vodafone – can charge to connect customers to friends or family on other networks.

Ofcom said it hoped the change would benefit consumers and promote competition – giving smaller networks the chance to compete with the established players. It should also make calling mobile phones cheaper from landlines…

Ofcom expressed the hope that the price cuts would be passed onto consumers – but the T-Mobile & Orange amalgamate Everything Everywhere, suggested that they would just charge customers more elsewhere to compensate.

A spokesperson for Everything Everywhere said:

“We are disappointed with Ofcom’s decision and are currently reviewing the detail and our position as to whether we will appeal. Our concerns focus on the impact of the decision to our vulnerable pay-as-you-go customers. By applying pure LRIC methodology in setting call termination rates going forward, Ofcom has suggested we recover a larger share of our costs from retail charges. This may force us to change the pay-as-you-go model as we know it as a large number of these customers will now become uneconomical – making the way our consumers currently buy, use and enjoy their mobiles radically different going forward.”

We’re not very impressed by the logic here. But we hope customers will see at least some of the Ofcom price cuts.