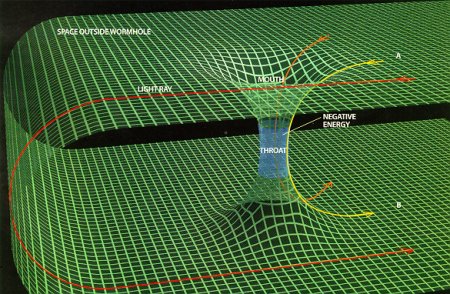 I’ve seen mobile phones marketed and described in thousands of different ways but never once have I seen them described as wormholes through time and space, but that’s just how cyborg anthropologist Amber Case sees them.

And it’s a beautiful idea. In a talk at TED Case outlined her realisation that phones work like wormholes through time and space that transport us, not physically, but mentally through space.

You’re not in Ecuador, but if you both have phones you can talk to someone there at a moment’s notice. You can listen to messages from the past, and through Facebook and twitter you can interact with other people’s online personae, regardless of whether that person is there or not.

I mean, I don’t see the wormhole comparison making Sony Ericsson’s marketing strategy anytime soon, it hardly makes much distinction between a top smartphone and a mid-ranking feature phone but still it’s a fascinating look at this technology that has revolutionised everyone’s lives.