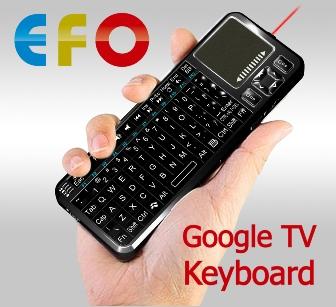 Google TV is famous for being one of the geekiest efforts to bring the internet to the TV. The £399 Google TV system requires a remote control that looks like a keyboard to get the maximum use out of the wired up television.

One of the first attempts at making a remote control for Google TV was described as more complicated than the control panel for an aircraft, but the market is open for other third party manufacturers to try their hand at making them and the EFO Mini Wireless Keyboard is a nice example of the range on offer. 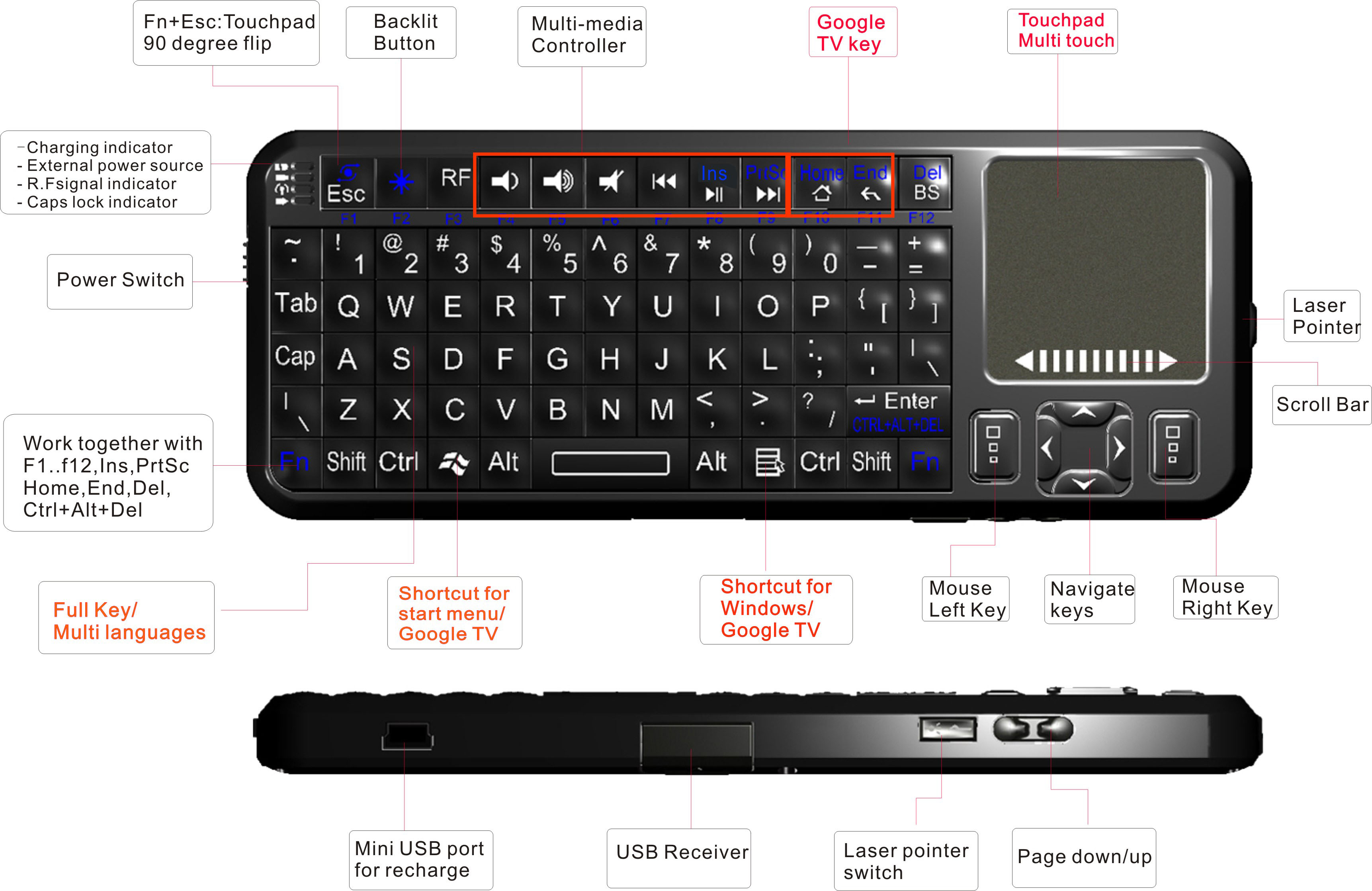 Yes – it looks like a keyboard again but though it might take you a little while to get used to it, it does actually look at bit simpler than the Sony one (below). And its similarity to a laptop keyboard is an advantage because we all are familiar with what to do with those. 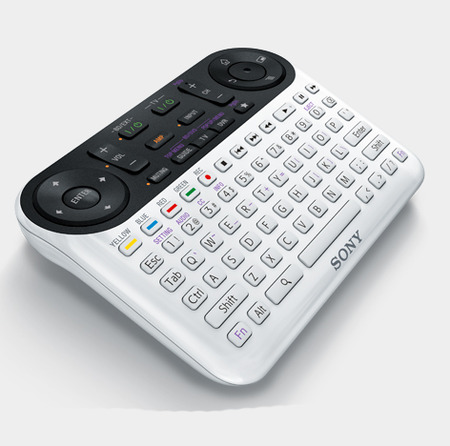 It’s also quite a lot smaller than its competitors..

They say:
“The EFO Mini Wireless Keyboard is specially designed for Google TV with a full set of keys (standard keyboard layout and special keys for supporting Google TV set top box) at a miniature size.

“It can easily manage those inputs required by internet TV watching as well as web surfing through the Google TV set top box. Besides that, it is also a Multi-Touch Pad for Windows, Linux, Mac, game stations, etc.”

I doubt many of you have Google TV yet, but if you do, consider this remote..

Related: The TV Remote you need a PhD to use – Google TV has a few lessons to learn