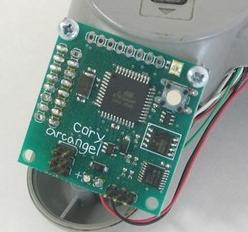 With today’s graphics technology, video games can look like proper works of art. But it wasn’t always like that – do you remember the old, basic-looking Atari games, or even the clunkiness of the first Super Mario?

Brooklyn-based artist Cory Arcangel remembers it – and he’s feeling nostalgic about it too. Arcangel has placed video gaming tech specs at the heart of his new art exhibition at London’s Barbican gallery. Sounds a bit out of left-field, this, but the result is fascinating.

The Barbican presents 14 bowling video games from the 1970s to the 2000s, having hacked each of them to play a loop where the bowler fails to score. The image gallery below gives you an idea of how the games have changed over time. Going to the gallery itself would add a collage of sound from the games, starting with the abstract static of Atari, to Nintendo’s bleeps, all the way to the more realistic simulation of bowling sounds of newer PlayStation consoles.

Videogames as art
Arcangel takes a retrospective look at the art of videogames, but there are others now using the medium in a more forward-looking manner. For example, Greg Wohlwend and design partner Mike Boxleiter of Mikengreg, have developed Solipskier for the iPhone, and are already working on their next project.

As pointed out by Flavorwire, which has a nice roundup of videogames as an artistic medium here, the Smithsonian museum in Washington DC is currently preparing a major exhibition on the art of video games. Something is definitely up in the world of gaming – maybe it’s because the first generation of gamers are now old enough to really start to feel nostalgic about their youths, technologically primitive as it seems now.