So in one of the great ironies of modern time, Mark Zuckerberg’s Facebook account was hacked, and a fake status posted by someone who has claimed the 2011HackersCup. Unless someone else brings down the stock exchange, I think this guy should win that cup. Not the usual Frape – it didn’t say anything rude about sex or other Facebook members, but did propose an alternative business structure for Facebook. Not one that would go down very well with Facebook’s new investors.

See the screengrab of the hack below: 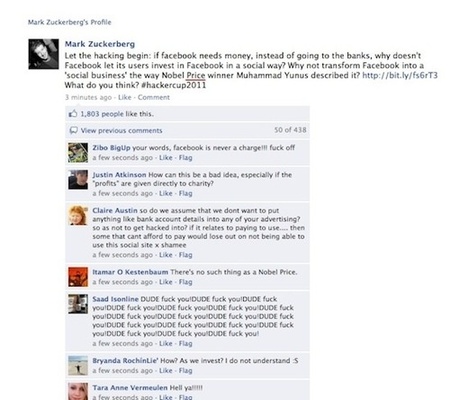