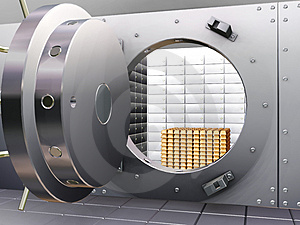 We’ve seen the government’s campaigns targeting benefit scroungers, but looks like another sort of public money sponger is about to come in for a drubbing. But this time not from posters on buses, but from that quiffed Australian – Julian Assange, the head of Wikileaks.

The latest set of documents that Wikileaks have picked up concerns the bank details of 40 of the richest people in the world. They come from a former Swiss banker turned whistleblower – Rudolf Elmer – who handed them over publically and is now standing trial in Switzerland for stealing data from a bank.

Assange said the documents would be released as soon as his editors had worked through them.

The data covers multinationals, financial firms and wealthy individuals from many countries, including the UK, US and Germany, and covers the period 1990-2009, according to a report in Swiss newspaper Der Sonntag.

The Swiss banker who handed over the documents used to work for the industry but claimed he was disgusted by what went on and decided to work against the system he had previously served.

The bank he used to work for – Julius Baer – claims that Elmer was annoyed he was dismissed from the Bank in 2002 and is doing this as revenge.

John Christensen, director of the Tax Justice said he expected some interesting findings from the report: “What the public will be surprised about is the sheer scale of the tax evasion.”

It’s currently a hot topic in the UK, with business owners like TopShop magnate Phillip Green getting his shop windows smashed for failing to pay tax in the UK.