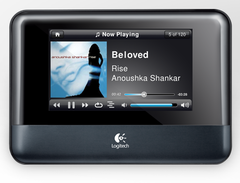 For all those Squeezebox owners out there, you will be excited to know that today Logitech announced that they have joined forces with the Spotify, to support the popular music streaming on their Squeezebox network music players.

The Squeezebox allows you to wirelessly streams your digital music library, Internet radio, and now Spotify anywhere in your home. Logitech already has deals with a number of other music streaming services such as Pandora, Slacker, and Rhapsody. However, this is the first major European service they have signed on.

This new partnership will allow users to access Spotify’s comprehensive catalogue of more than ten million songs, including your playlists.

A fully featured test version of the Spotify app for Squeezebox is available today in Beta form, with a full rollout expected in the very near future.