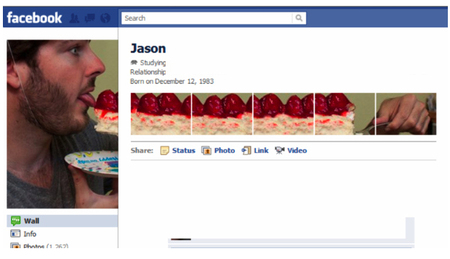 Deal with it kids.

It means you’ll get that ribbon of most recent pictures at the top of your profile, your Info and Pictures tabs will be on the left at the side, instead of at the top and you’ll have ten of your top friends pasted down the side.

Despite dire warnings from the technorati, I haven’t found that people are spam-abusing the new recent pictures feature. Though there have been some creative uses for it. I mean, no-one’s been abusing it any more than they abuse anything else…

More about the new profile on Facebook
photo, mashable

One thought on “Just a note to say: The New Facebook Profile Is No Longer Optional”