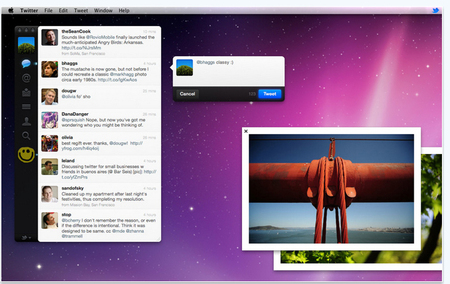 The new app store for Mac has lots of positive features, but it’s likely that the centralised Apple store and it’s specially optimised Twitter app for Mac will kill off the ecosystem of third-party Twitter apps that have sprung up. And top among them is Tweetdeck.

Well, only among Mac users at first of course, but if Windows ever extends its app store to PC, then that could be the final blow for great applications like Tweetdeck, as manufacturer software usually gets priority.

The Twitter app for Mac is free on iTunes