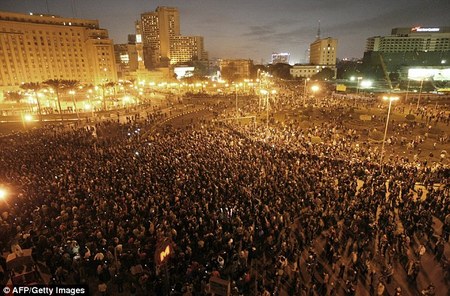 It’s not just the people rioting on the streets of Cairo that the Egyptian government is trying to subjugate – it’s the people on Twitter and Facebook.

Social media has been one of the first targets for the regime trying to regain control of its streets. It just shows how important social media is for people organising themselves against any government and shows the revolutionary consequences when politics and social media collide.

If you’re interested in live accounts of what’s going on – go to the hashtag #jan25.

Thanks to @Xeni of Boing Boing, and a few other sources, these tweeters seem to be some of the ones worth following:
@EthanZ: Protests continue in Cairo despite heavy police crackdown. I’m following @alaa, @weddady, @waelabbas, @gr33ndata, @Hisham_G…