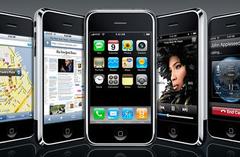 Could the iPhones domination of the smartphone market be slowing down?
There have been numerous figures released this week, revealing Android devices are beginning to out selling the iPhone in both the US and worldwide market. In addition a number of retailers including Expansy, have revealed the iPhone has not even broken the top 5 phones sold this week.

However, while the Android system is available on hundreds of devices, Apple is still managing to hold its own in the market share – and even announced that Christmas sales were up 82% on the previous year. So it might be a bit soon to take bids, but it certainly seems that they will need to up their game if they want to remain the market leader

One thought on “Could The iPhone Be Losing Its Grip On The Smartphone Market?”