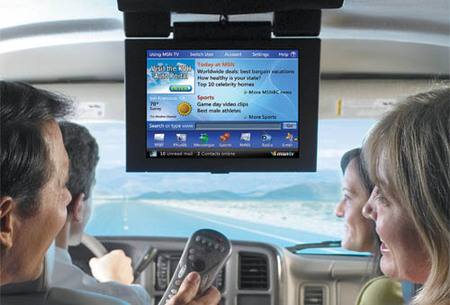 Your trusty family car could soon be just as wired up to the internet as your laptop or mobile as manufacturers seek to get internet connections into cars. It’s a hotly tipped area in tech this year.

I’m expecting Apple to bust out an iCar any week now… just think of these new cars as giant mobile phones with wheels that you can sit on.

In the meantime… Harman and Sierra Wireless announced a step forward for car internet at CES in the form of an LTE wireless module that could be fitted into cars and would provide them with high-speed internet. Sort of like a dongle for your car that will let it access the fast LTE internet network.

The module will be called the AirPrime, and will have an open API allowing third parties to write apps for it.