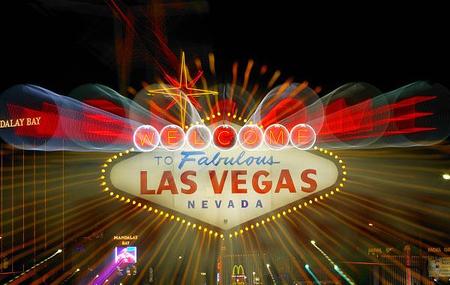 Ashley gave us his digest of all that was great about CES this year over on TechDigest. We reproduce it here for your viewing pleasure…

While a tablet-saturated CES didn’t make for an exactly inspiring 2011 show, there was still more than enough great tech on display to have us looking forward to the year ahead. Leaps forward in 3D display quality were exciting, while dual-core smartphones may prove to be the most exciting development in mobile technology since the advent of the app.

Tech Digest were on the ground at the annual Las Vegas show. Here are our picks of the best gear and announcements from CES 2011.

Easily the coolest item we saw at the show, concept or otherwise, was Sony’s 3D headset. Fitting over your head like the old-school virtual reality sets, it employed two OLED screens and pseudo-5.1 channel headphone surround to give an effective, personal 3D cinema experience. It’s a long way off from hitting stores, but we loved it even at this early stage.

While the LG Optimus 2X may seem a fairly standard Android handset, it actually sits on the cusp of what is sure to be the next major trend in smartphone technology. The first dual-core smartphone to hit the market, it runs at a blistering pace, swapping between intensive 3D gaming tasks and HD video recording without breaking a sweat. Dual-core is the future, and expect all major manufacturer’s flagship handsets to follow suit.

3: ARM chip support for next version of Windows

No video for this one, but a huge CES story nonetheless. While the CES showstoppers inevitably turned out to be the Sony and LG big guns, there’s a quiet revolution beginning to spark over at ARM, the UK semiconductor chip suppliers.

That’s due to the fact that Microsoft dropped the bombshell that ARM mobile processors will be supported in the next iteration of their operating system, aka Windows 8.

What makes this such a big deal? Windows currently supports x86 silicon processors from the likes of AMD and Intel which, while powerful, are power hungry and noisy. This is significant particular in laptop and netbook computing, where the processors burn through battery power at an often alarming rate.

It also bodes well for Microsoft’s next wave of tablets, which will inevitably house some variant of the Windows 8 platform, which will also benefit from the increased chip efficiency.

Motorola’s Xoom tablet was easily the best of the 100+ tablets launched at the show. Running Android 3.0 Honeycomb (the first build of the OS to specifically work with the tablet form), the dual-core slate was zippy and packed full of features. 1080P HD video playback, 720p HD recording, 5MP stills, a front-facing camera, 32GB of storage, HDMI output, all housed in a gorgeous 10.1 inch unit. There’s even a barometer inside to predict the weather by measuring atmospheric pressure. It’s looking pretty special, and will give the inevitable iPad 2 some real competition.

Another concept piece that’s still way off from hitting the stores was the Pioneer Network Vision HUD. Sitting on your dashboard, it’s a laser projector that syncs with your smartphone to beam data onto the inside of your windscreen. There’s the potential for this concept to totally shake up the sat-nav market; imagine having a minimal Google Maps system projected right onto our car windscreen while you drive, alongside social network updates and contact info. Potentially distracting, if developed delicately it could change driving forever.

Smart or connected TVs were all over the place at CES 2011. If the major manufacturers have there way, every TV in your house will be web-enabled and filled with apps. Thanks to LG, those features wont just be limited to brand spanking new sets either. Their ST600 Smart TV Upgrader connects to any TV with a HDMI port, and instantly turns it into an internet-savvy gogglebox. The best part? LG expect to sell for no more than £100 when it launches in the Spring. Definitely one of our show favourites.

LG impressed back at IFA last year with their 31 inch 3D OLED display, but Sony went one better at CES 2011 by throwing autostereoscopic tech into the mix. Their OLED was vibrant, sharp and had a real sense of depth, without the need for glasses. If 3D is truly going to win over the hearts of the casual gadget fan, Sony are definitely moving the technology in the right direction.

Not sure whether you want a laptop or a tablet PC? Get the best of both worlds with the Samsung Sliding PC 7 Series hybrid. The Sliding PC 7 Series solves your problem in that it can be used as a tablet with a touch screen and apps, but also features a sliding keyboard so it can be used as a fully functioning PC. It has a 10 inch screen, runs Windows 7 and has 3G connectivity as an option.

Robotic guitars aren’t exactly brand new, but we couldn’t help but become smitten with the Gibson Firebird Z. The veritable axe-powerhouse have put together a very nifty guitar that, on a purely mechanical level is a dream to play. Throw into the mix near limitless built-in combinations of pedals and amp settings, as well as the very cool auto-tuning headstocks and you’ve got a guitar for the Jetsons age.

A little bit of fun to round the list off. We went hands-on (literally) with the Angry Birds of mobile app fame, as they hit the real world with the Knock on Wood boardgame. It’s a bit like Jenga, but with plastic pigs and birds, which will come as no surprise to the millions of fans the game already has.