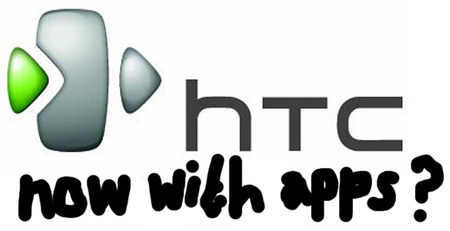 Top phone-makers HTC are planning to make an app and ebook store – if rumours in the tech press are to be believed.

According to the FT, the Tawain smartphone-makers are hiring people with the intention of making an app and content store for their phones. And not just techies – it sounds like they’re hiring content people as well, which suggests they may start to dabble in content creation.. mobile magazines or videos perhaps?

HTC are one of this year’s big success stories with their phones for Android and Windows 7 getting great reviews and selling well. So in some ways their move from phone hardware into software is surprising. Though the HTC app store isn’t confirmed – we imagine it won’t go down so well with their Operating System partners Google and Microsoft – because it will rival the apps and services that they want to sell on their phones.

I’d also be concerned about confusing the consumer if there are two separate app stores on a single phone.

On the plus side – there’s clearly a lot of money to be made in the booming market for smartphone apps and content and it’s understandable HTC want to get in on that. Also special apps or services would distinguish their Android phones from other Android phones, so perhaps there’s an argument

HTC do course do their own software already – the HTC user interface Sense is an important asset of their devices, if they designed phones from the bottom up then they could get very deeply integrated apps which would make full use of the phone functionalities instead of being pasted in on top.

HTC said it is “growing very fast and we are hiring for a variety of positions including marketers, developers, technical writers and many others. We are always exploring new areas we can add value to our customers but we can’t comment on our future plans.”