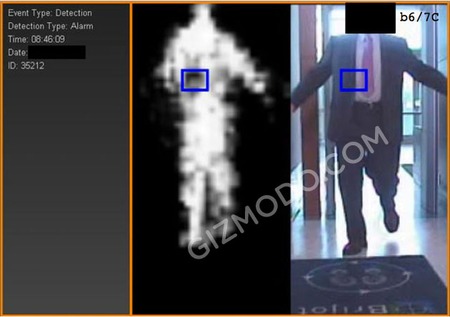 If you’ve ever been worried that the naked pictures airport scanners take of you will end up somewhere inappropriate, you’ll be delighted to hear they’re now in the careful hands of tech blog Gizmodo. Gizmodo have posted scans of over 100 US citizens in the nude all over the internetz, in the interests of investigative journalism of course.

The scanner the photos were taken from uses low resolution images and a technique that is much less revealing than the high res version being rolled out in other airports. It produces black and white and heavily pixellated, focussing on detecting metals more than getting an outline of the passenger’s body.

In case you’re wondering – a) no you can’t really see very much, b) neither Angelina Jolie nor Brad Pitt feature in either of these naked shots.

There’s a sample above.. see the video mashup on Gizmodo for more naked blurry US citizens.