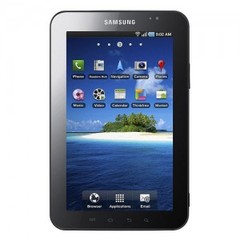 Today the Samsung Galaxy Tab is officially launched across the UK. A few months ago we had a sneak peak at the device which you can check out here. We completely fell for device from its striking LCD display, built in camera, phone capabilities and the reader. Now with the device available in the UK, network providers have finally revealed their prices and we have gone through them all, in order to figure out who is offering the best value for money.

O2 is offering the least competitive deal pricing the Galaxy at £599 on its Pay & Go plan. This will get you 2GB free data for your first month after that it will cost you £10 for 1GB + Unlimited Wi-Fi or £15 for 2GB + Unlimited Wi-Fi.