Sony Ericsson are releasing their x10 mini pro in white as a little something for the summer. 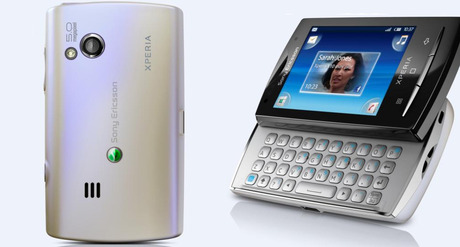 The x10 mini is a scaled-down version of Sony Ericsson’s flagship phone – the X10. The strapline is “Mini but Mighty” and it does pack a lot of power in its 90 x 52 x 17 mm frame. It’s a slider handset with a 5 megapixel camera and a high speed internet receiver built over an Android operating system, giving you access to all those apps.

The handsets have a reputation as great camera and video phones, though the user interface can be a bit counter-intuitive.

Anyway white is The Thing apparently. They tell us:

“The timeless fashion pallet dominated the collections this summer with everyone from Stella McCartney, Fendi and Calvin Klein featuring dazzling white ensembles. The fashion elite are also well aboard the white wagon.”

There you go. That’s why you should get a white phone this summer.