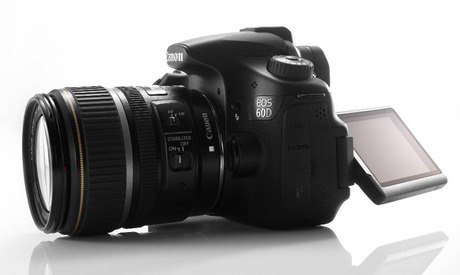 An update to the wildly popular and critically acclaimed Cannon EOS 50D, the 60D ramps up the specs and makes Canon’s latest release capable of capturing images in exquisite detail. It will sell for £1099 (without a lens) from October in the UK.

With an 18 megapixel sensor, 5.3frames per second (fps) shooting and the ability to shoot HD movies from any angle, it’s a step up from the 50D which had 12.8megapixel sensor and 3fps.

Other features on the Canon EOS 60D include in-camera photo editing. A feature called Basic + lets you make adjustments to the pictures before or after. At core of the camera is the choice to either program all settings manually – letting you chose exactly how you want the photo to turn out, or to use one of their creative settings to enhance your images, letting you create pro images with very little effort.

The processor is a fast DIGIC 4 – which they say provides accurate colours, smooth tones and low noise for striking images that instantly stand out.

The E06 has low light sensitivity, a vari-angle wide LCD screen and it shoots HD video as well. There’s a microphone clip for capturing better audio too.

Digital SLRs are the critic’s choice – giving a manually-controlled interface to digital tech and Canon’s top-end consumer offerings are among the best ones on the market. 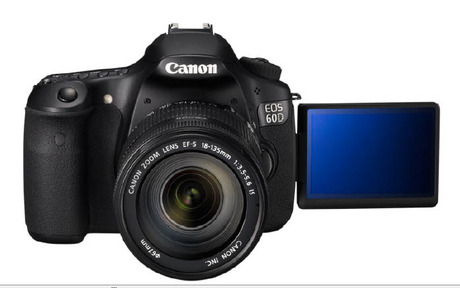 One thought on “Canon release new digital SLR to lust over: the 18megapixel EOS 60D”