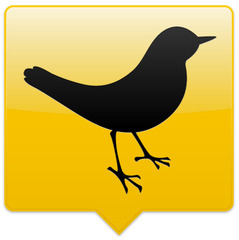 A round of back-patting at TweetDeck the other day as they released figures showing that they are the most downloaded Twitter client with 15 million downloads of their desktop app.

To put out a few more stats: the TweetDeck iPhone app has been downloaded over 2.5 million times and every day across all their apps 4 million tweets are posted.

TweetDeck claim that they are five times bigger than their closest Twitter client rival (I’m guessing Seesmic) in terms of the number of outbound tweets posted each day.

However, the difference might not be so great in terms of numbers of users. If my hunch is right I think TweetDeck tends to attract a techie, geekier fanbase who will tweet more frequently than more causual groups.

That’s supported anecdotally – I’ve read Scobelizer talking about walking into tech offices and seeing all the screens black with the signature dark columns of Tweetdeck, obviously popular among the technorati.

And the future? It’s all about harnessing the information stream. TweetDeck founder and CEO Ian Donaldson says..

“We believe the future holds even more fast-moving streams of socially relevant information. Our mission is to help our users manage and harness these information flows”.