It’s not the sort of thing you expect from Apple and certainly not from the beautiful smooth-running iPhone 4, but turns out there’s a hardware flaw. And if Apple don’t issue a recall to fix it, you might have to do it yourself, maybe with some duct tape.

It’s to do with the stainless steel strip around the outside, the externalised aerial. If you touch the gap in the aerial while on a phone call, signal plummets, often to the level where you could lose a call. 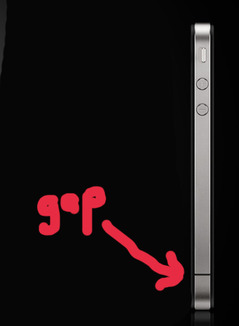 Rumours of this had been milling around on the internet, where people christened the particular hold that tripped the phone up as the “death grip”. But Consumer Reviews did some in-lab testing on the new phone, proved the fault and went so far as to withdraw their recommendation for the phone until Apple has issued a hardware recall (fairly inconceivable).

Their solution is simply to cover the gap in the metal strip up with something non-conductive, like duct tape.

Or of course, just to be careful how you hold it.

Have you experienced this problem?