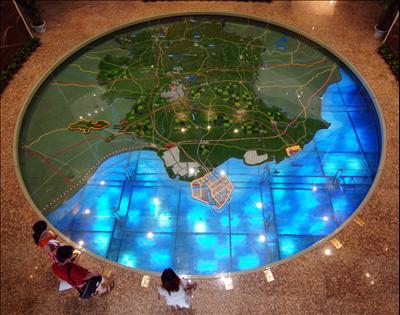 So you think the e-maps on your smartphone and Tom-Tom are helping you – letting you find that pub you’re looking for and telling you when there’s a traffic jam on the A4 – but what if they are actually trapping you in virtual prison. Eh?

The idea that our mapping devices are imprisoning us isn’t the paranoid raving of your technophobic uncle, but an idea expressed in the New Scientist. There, a writer argues that as well as helping us find where to go, maps also control where we go and that electronic maps will be able to control us much more efficiently than the old paper versions. [Maps that restrict where you go have been used in the past – stopping

With most of us carrying location-aware phones these days, there are interesting parallels between normal phone use and the tagging system that out of prison criminals have imposed on them. Like phones, tags can send out the position of the wearer at all times and can send out an alert when the wearer moves outside a given area.

Of course the police don’t rush out and hound you if you’ve taken your iPhone somewhere out of the usual, but still the similarities are interesting.

The New Scientist sees the potential use of restrictive maps in congestion charging, security and even just looking after your kids.

“Depending on circumstances and severity, a future system might be able to debit an offender’s bank account, transmit a vocal warning or electronic pinch, notify the police or military, disable an engine, or even release a soporific drug into the violator’s bloodstream.”

While I doubt iPhones will get tranquiliser syringes fitted to them anytime soon, are you convinced the argument? Are you worried by the new prevalence of GPS devices? comments please…