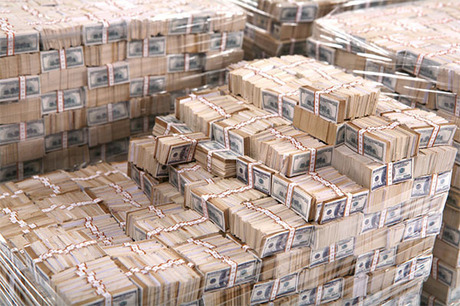 I remember being taught, back when I was in Primary 6, that a billion was equivalent to a million millions.

It’s not surprising that that’s what Mrs Marshall taught me because it was a British school and that’s how much a British billion is.

What I didn’t know at all is that Americans have a different value for a billion and that all media outlets (British or American) use the American value rather than the British one. An American billion is a thousand millions, or 109. It is a thousand times smaller than a British billion.

That’s why I was rather surprised last week when Facebook’s 500 million users were proclaimed to be half a billion.

I was like woah, no way, it’s more like 0.5% of a billion.But no, everyone was just using American billions like they always do. That meant it was 50% of a billion.

You know, I actually think quite a few Brits might be labouring under this delusion. Consquently things like national debt seem a lot bigger than they are. And hey I’m still really surprised to discover that there are 1000x fewer people in the world than I thought there were.. (6 billion). Of course the answer is clearly online if you google it, I didn’t realise that I should..

I reckon the UK Treasury could solve a few of their budgetary issues by subtly changing the “billion” they use in official press releases. By slipping in a few British billions, they could make national debt seem a lot smaller and hospital waiting lists too. Just a thought…