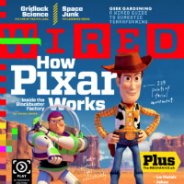 In the last few days there has been an engaging discussion online about whether publishers need to bother with iPad apps. Cast your mind back a few months and the iPad was being presented by both Steve Jobs and bigwigs in the publishing industry as the saviour of magazines. Publishers would be able to deliver their content as a magazine to the iPad and charge consumers for it. They’d also make more money too as the mag’s would keep the paper version’s full page ads. Last week the most high profile iPad magazines Wired, launched, and to be honest although I quite enjoyed reading it I was a little underwhelmed by the experience.

A week on and I am now becoming convinced that, for the moment at least, publishers might need to think again about how they use the iPad. Here’s why

1 For many people the magazine concept doesn’t work online – Sure there are some people who like the idea of browsing and flicking through pages. For the late decade, though, I have got used to imbibing content via RSS feeds, via Twitter and Facebook and occasionally from a website’s home page. Flicking through to find something I might like to read sounds awfully antiquated.

2 iPad magazines are a closed wall experience – The publishers have got you where they want you, focusing on the content that they are pushing to you. Most iPad magazines don’t have links (which often complement or even complete a story) and they don’t integrate social media so you can’t add your voice or read what other people are saying

3 Websites look great on the iPad – One of the ironies of the iPad is that its superb, intuitive touch screen operating system actually makes magazines less likely to take off. The Editor of The Guardian Alan Rusbridger said a few weeks ago that he loved the device and thought that The Guardian looked great on it. In an almost off the cuff comment he then added that he thought the browser version of The Guardian looked so good and worked so well that it had made the company think twice about iPad apps.

I think he is bang on with this. For all the talk of iPad editions, page flicking technology and associated business models the fact remains that the browsing experience on the iPad is so good and so natural to anyone who spends any time online that other ways of accessing content just seem outdated.

There are some other interesting voices who are warning publishers not to have unrealistic expectations about the iPad. Dominic Duffy is CEO of Ceros, a British company has been at the forefront of creating page turning interactive magazine style experiences online. It now has an extensive list of clients including Conde Nast, Haymarket and Dennis Publishing and some hit publications its name. You might then have assumed that the company would be hugely excited by the launch of Apple’s tablet PC the iPad with its ability to ape turning magazine pages. In fact, as Ceros MD Dominic Duffy told me, his phone hasn’t stopped ringing in the last two months with publishers anxious to produce content that can be showcased on the device. So it is very interesting to discover that Duffy is taking a long view on how the Apple product might change publishing

‘There’s an awful lot of hysteria surrounding the iPad at the moment, but with that hysteria there’s a lot of nonsense too. I am not sure that publishers have fully grasped the implications of what producing iPad magazines really means. I think now that any publisher wanting to produce an iPad app needs to think about what extra functionality they can deliver on top of their content. If they don’t then people just won’t pay money for straight content delivered in a way that now seems outdated.

‘Ultimately publishers will be selling apps, and people tend to buy apps once and not repeat purchase them. What the publishers need to do is work out ways in which they can keep people coming back to buy the apps, and I am not sure that many of them grasped what this actually means.’ Duffy adds that this means developing complimentary content to the magazine not unlike the way in which publishers attached CD-ROMs to their titles in the 90s.

Duffy, who also has a warning to publishers about the proposed business model for selling iPad magazines, has a great deal more to say about the device and the kind of publishers who could benefit from the iPad here.

Ultimately though whether there is demand for iPad publications will be determined by how many people buy the device and whether they like what they see enough to download a magazine. So far the figures haven’t been massively impressive. Paid Content recently reported that the GQ magazine had only sold around 1000 iPad mags. Even the Times newspaper has apparently sold 5000 of its iPad subscriptions since last week. That doesn’t sound like a bad figure – but how many of those are one off purchases from journalists, media watchers, advertising people etc curious to see how the paper worked on the format?

The jury is still very much out.