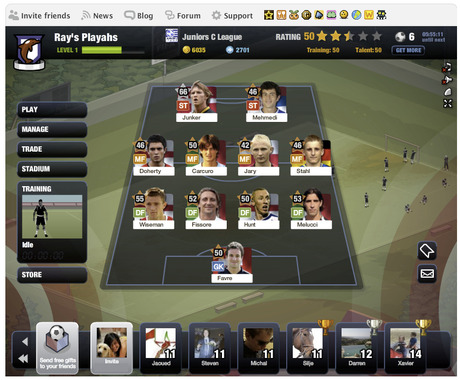 If you’ve got tired of controlling virtual corn and mafia thugs on Facebooks, Playfish have just released a new and topical game – FIFA superstars – letting you manage the football stars of the world.

It’s all nice and topical what with the World Cup and everything. Plus this Facebook game has some serious pedigree behind it – it’s an EA approved version of their FIFA SPORTS franchise which has sold over 90 million units worldwide.

“Fans will be able to create a fantasy club side by collecting or trading players, challenging friends head-to-head and competing in leagues, or searching out broader leader boards to compete against the best. To capitalize on the worldwide football fever driven by the 2010 FIFA World Cup South Africa, players can predict the outcomes of games in the 2010 FIFA World Cup™ to win valuable in-game coins.” 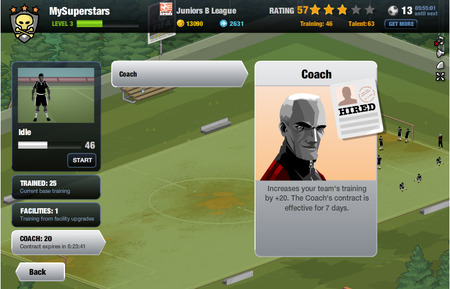