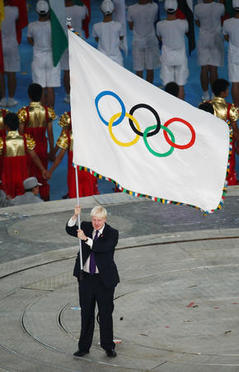 Finally, London mayor Boris Johnson has come up with a sensible idea for civic improvement – filling London with pools of internet access based around bus stops and lamposts. If the project, ‘Wifi London’, goes to plan it should be in place for the 2012 Olympics and finally, the capital will be one seething wifi hotspot, no, more like a wifi volcano with data streams spurting out of public conveniences.. Needless to say we’re ecstatic.

The plan would see rerouters installed in bus stops and lamposts, using the existing electrical supply and wiring, and would be able to cover a small distance around the area with wifi. By installing thousands of them, the Mayor plans to blanket the entire capital with wifi. The plan is expected to allow both commuters and local homes to access the internet, although no details of pricing have been given.

The idea of public wifi reflects the new emphasis on mobile devices, people aren’t going to be pulling their laptops out at the bus stop, but they will of course be on their smartphone or, say tablet. We might in future see people huddling around lamposts, holding their iPads close to the data source.

We get the hunch it won’t be free because they haven’t mentioned that it will be, but maybe you’ll be able to buy a month’s access with your Oyster card.

Boris made the announcement at a conference hosted by Google. We don’t know quite what the American technorati thought of him…