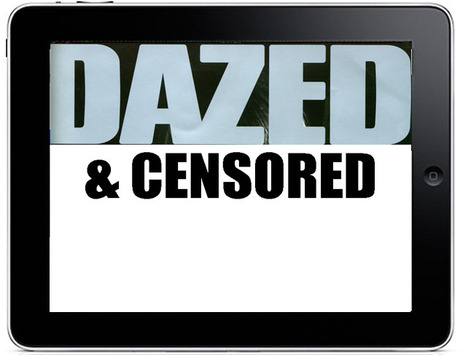 And we’re not just talking about Nuts; “edgier” fashion magazines like Dazed & Confused and Vice will have to seriously cut back on nudity in photography and fashion shoots. New fashion bible LOVE famously launched a first edition with a naked photo shoot of Beth Ditto. That would not be alright with Steve Jobs.

A D&C insider revealed that the mag’s iPad edition has been nicknamed the Iran edition by the people putting it together, given the parallels between censorship in the Muslim theocracy and the iTunes store.

It’s even more ironic because the iPad has been billed as the saviour of the magazine industry and also given Apple’s reputation as a maintstay of the creative industries.