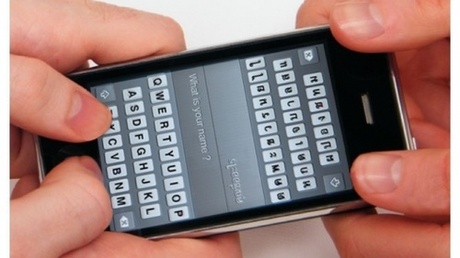 Just a heads-up about a pretty exciting app coming out later this week, 21st May. Called Converse, it’s a universal translator that splits the iPhone into a dual keyboard and lets you hold a conversation in two languages simultaneously.

We’re keen to try this out and we’ll post a review when we do. But from the looks of things this would be a pretty phenomenal tool for communicating with, well, pretty much anyone.

Of course it wouldn’t exactly be a fluid conversation. More like a fiddly Instant Messaging session live, but it would still allow you to communicate with people

It does rely on your chat partner being able to operate the iPhone’s fiddly portrait keyboard and factors like data-roaming charges limit its use in situations where it would be really useful – when travelling abroad for example.

The final hitch is that those internet translators can turn messages haywire in the translation process, still, you can usually get something understandable.

We’re looking forward to this loads.