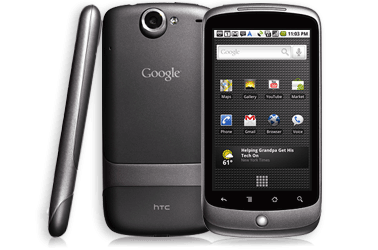 Google’s own brand Android phone the Nexus one has just been released on Vodafone for £35 a month. Previously the phone was available to buy Sim-free, but wasn’t run on any British networks.

It looks like a nice deal for the Google handset available free for £35 a month – not bad for a top smartphone like the HTC-made, Google designed handset. The package offers 600 free minutes and unlimited texts, the catch is the 24 month contract and a cap on the data – limited to 1gb a month.

Other contracts available are:

Available to order now from: vodafone.co.uk/nexusone, with handsets shipping and appearing in stores on 30th April.